“The emergency in the health sector caused by COVID-19 in Italy is highlighting the marked social inequality that has divided the country since its unification,” say Marianna Betti and Giulio Betti in the latest interview in GRIP’s miniseries on COVID-19 and the global dimensions of inequality. 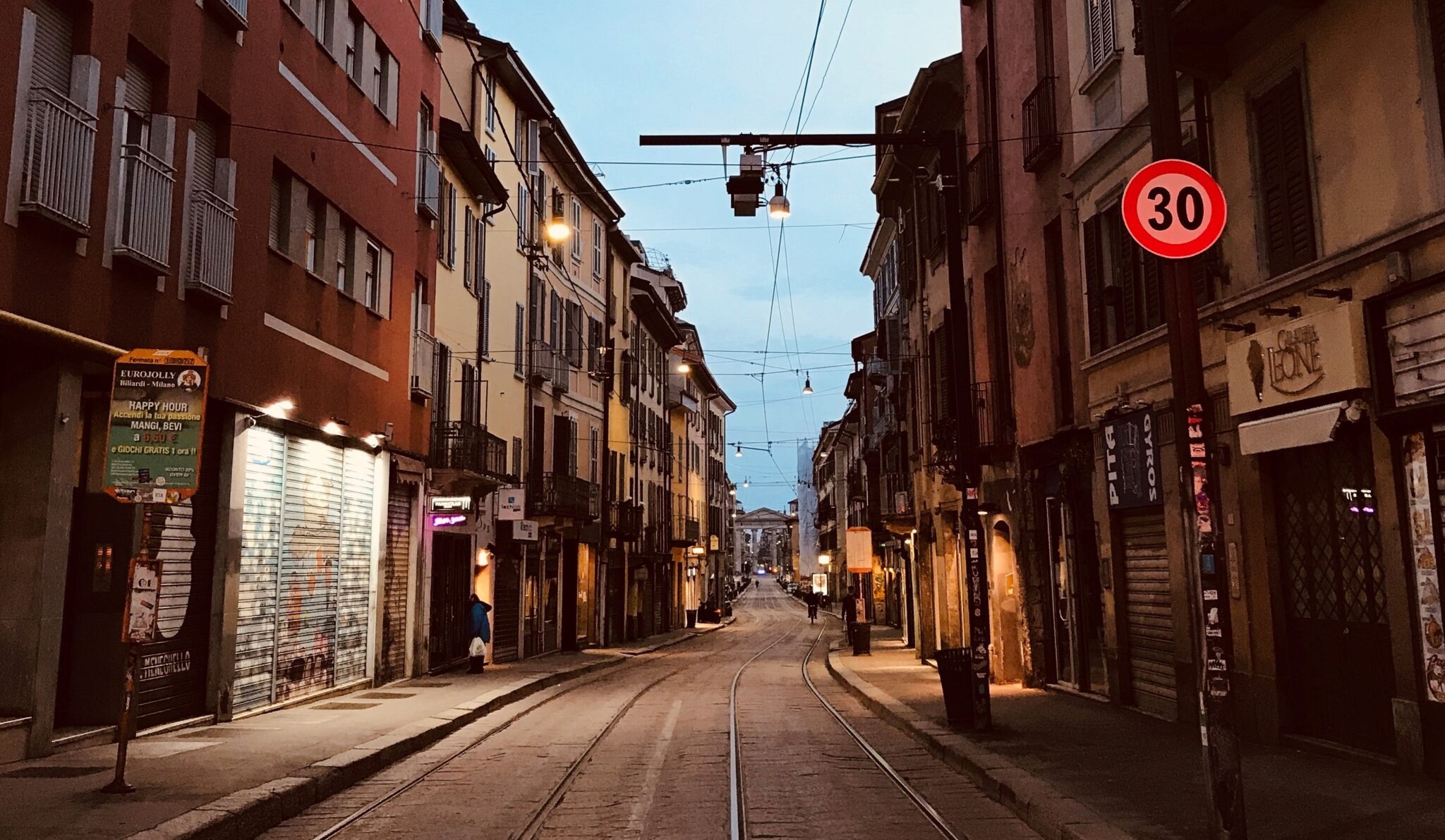 We are already seeing how the impacts of the COVID-19 are unevenly distributed depending on where you live, your job situation, age, class position, gender, ethnicity, the availability of health services, and a range of other factors. In this series we provide short interviews with scholars and relevant organisations that share their insights and views on how the pandemic might exacerbate or alter existing inequalities across six key dimensions: social, economic, cultural, knowledge, environmental and political inequalities.

Next up in our series we have Marianna Betti and Giulio Betti giving us their perspectives on the situation in Italy. Marianna Betti is a PhD candidate at the Department of Social Anthropology at the University of Bergen, and she is originally from Florence, Italy. Giulio Betti is a PhD candidate at the University of Auckland, New Zealand, also originally from Florence. He is currently working as a researcher for the Institute for Bio Economy at the Italian Research Council.

To what extent is the COVID-19 outbreak creating or exacerbating existing social inequalities in Italy today?

The emergency in the health sector caused by the new coronavirus (COVID-19) in Italy is highlighting the marked social inequality that has divided the country since the country was unified in 1860. As is well known, incomes, infrastructure, employment and public services are distributed unevenly throughout Italy. The central-northern regions have a per capita GDP equal to or higher than the average of the Eurozone, while almost all of the southern regions are well below that same threshold. This fact generates a strong national imbalance that manifests itself through macroscopic differences in both infrastructure and services, differences often exacerbated by the suffocating presence of the Mafia.

Since the beginning of February 2020, the pandemic of COVID-19 that has hit the most productive and wealthiest regions of the North (Veneto, Piemonte, Lombardy and Emilia Romagna) and the Centre (Tuscany and Marche) has entered this context. Although these regions boast some of the best healthcare systems in the world, the wave of infections has put a strain on hospitals and health personnel, provoking an unprecedented and highly critical situation.

Given the gravity of the situation, the Italian government has decreed a total lockdown since March 8 in order to slow down and contain the contagion in the most hit regions. The lockdown also aims to avoid the massive spread of the virus to the South, where health services are much more fragile, and the health care system would risk a rapid collapse. The lockdown, which has been going on now for about a month, has forced all non-essential activities, schools and universities to close, and millions of people to remain at home.

How is the South in particular suffering from the lockdown? What are the consequences that are arising?

Obviously, the effects of the lockdown are particularly conspicuous, from a social point of view, in the South. In the poorest and most depressed areas of Southern Italy, many people survive thanks to occasional jobs, that are often offered with a total disregard of workers’ rights and national legislation. The imposition to remain home means that many will lose or have already lost their jobs, do not have an income and no means to make ends meet.

The situation for many is already desperate and it has led, in just under a month, to situations of serious suffering in the most destitute strata, with people unable to buy food as they lack purchasing power. For example, the police have intercepted subversive groups who are organizing themselves via chat or are being encouraged to attack and rob supermarkets. There is fear and founded suspicion that already organized crime may be hidden behind such organisations, which by feeding off discontent seeks, once again, to replace the state. Faced with growing social suffering and the risk for public safety, the government immediately issued a decree that provides for the allocation of primary resources to guarantee adequate support and necessary services to families in difficulties. These problems encountered in the South are not yet observed in the Centre-North where greater wealth is available and a dense and efficient network of services means the lockdown has considerably less of an impact on social life.

How is rising inequality in Italy accentuated in the context of the European Union regulations?

European legislation, specifically financial legislation, has significant impacts on Italy and in general on all countries with high public debt (France, Spain, Greece, Italy and Belgium). The fluctuations in the spread and, therefore, in the interest rate paid by the various nations on government bonds, however, have a greater indirect impact on the most depressed areas. To cope with the payment of interest, particularly during severe financial crises such as the current one or that of 2008, efforts are made to reduce the debt by making linear cuts in services.

Once again, these cuts in Italy only exacerbate the north-south differences: if center-north can manage to compensate for these cuts thanks to the available wealth, in contrast, the south risks a further worsening of an already precarious situation.

Are there experiences from the Italian context that global stakeholders or researchers concerned with inequality should be mindful of?

A huge resource that we have in Italy and that should also be encouraged abroad, is the dense network of non-governmental organisations and volunteering. Our nation boasts millions of volunteers who are helping in this serious situation, slightly alleviating social differences. This can be due to high levels of precarity that affects a large group of younger generations. In fact, volunteering and care work is an easy way to gain skills and experience. Furthermore, despite being the second largest manufacturing country in Europe (after Germany) and among the 10 strongest economies in the world, and contrary to many other Western countries, Italy seems to have acted to place the sacredness of human life before economic interest. This might be explained in philosophical and ideological terms. Italy boasts a strong humanistic legacy and some values of Catholicism still influence political decision-making in the country.