“The global crisis we face is of unprecedented dimensions. But our opportunity to challenge the global capitalist model is also unprecedented”, says Rachel Sieder at the Center for Research and Graduate Study in Social Anthropology (CIESAS) in Mexico City. This is the seventh interview in the Global Research Programme on Inequality’s (GRIP) miniseries on the current COVID-19 pandemic and its effects on the multiple dimensions of inequality. 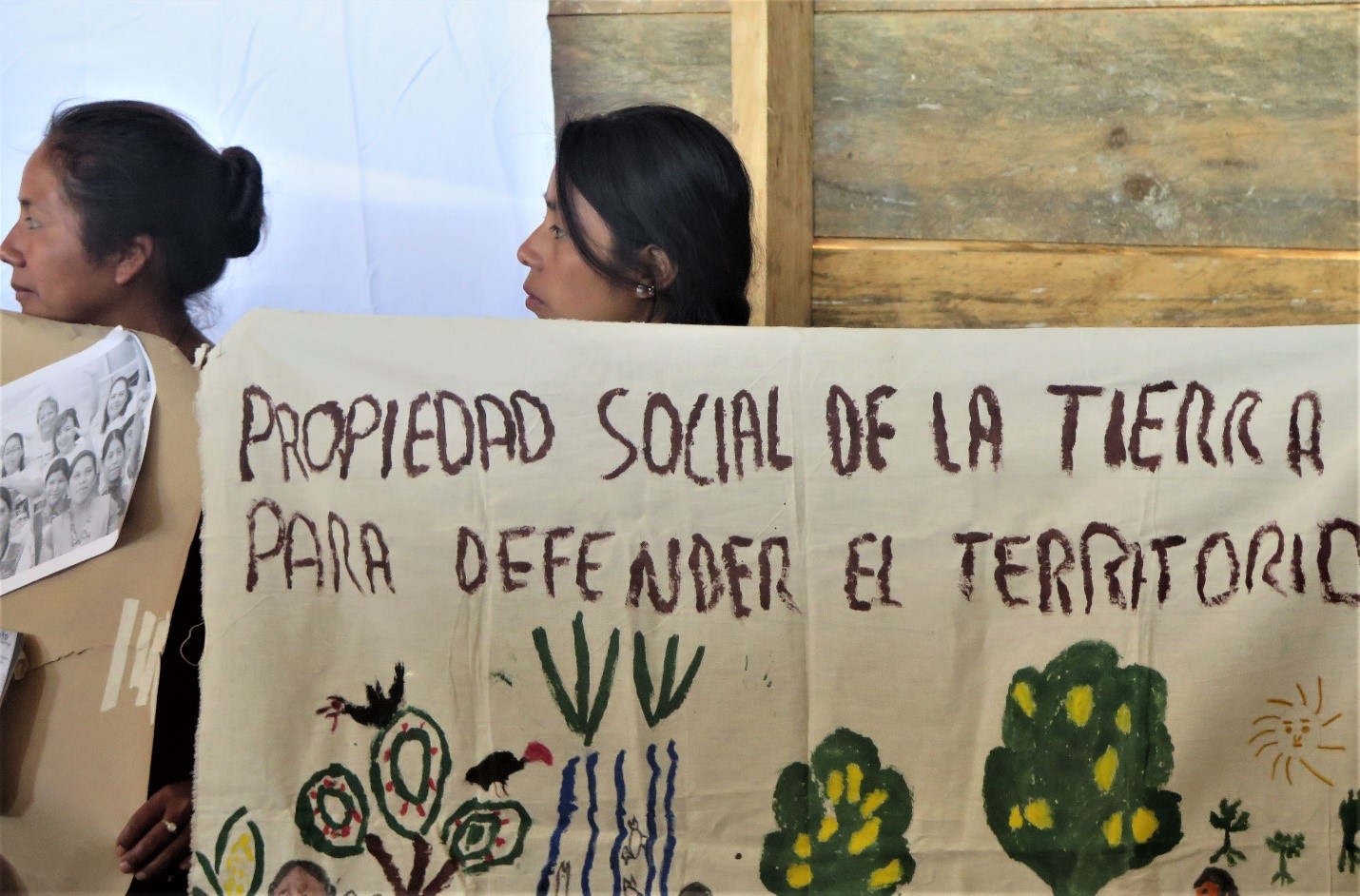 We are already seeing how the impacts of COVID-19 are unevenly distributed depending on where you live, your job situation, age, class position, gender, ethnicity, the availability of health services, and a range of other factors. In this series we provide short interviews with scholars and relevant organisations that share their insights and views on how the pandemic might exacerbate or alter existing inequalities across six key dimensions: social, economic, cultural, knowledge, environmental and political inequalities.

Rachel Sieder is a Senior Researcher at the Center for Research and Graduate Study in Social Anthropology in Mexico City, and Associate Researcher at Chr. Michelsen Institute in Bergen. In this interview for GRIP’s miniseries, Sieder sheds light on the COVID-19 situation in Latin America in general and Mexico in particular. She provides insights not only into how inequalities might become accentuated as a result of the crisis, but also into how the crisis provides a unique opportunity to challenge the global economic system.

To what extent could we now see health and other inequalities becoming accentuated as a result of the corona outbreak?

The COVID-19 pandemic has starkly underlined both our global interconnectedness and the gross inequalities that characterize life on the planet. The panic inspired by the pandemic is driven in large measure by the fact that, so far at least, no-one can protect themselves from the virus. Rich and poor seem equally vulnerable, something that has come as a shock for citizens of wealthy countries, or the wealthy sectors of the population in all countries, who assumed that their privilege offered them protection, as until now it generally has.

There is a perverse irony in seeing conservative governments in Europe who have wilfully run down public services through years of austerity, outsourcing and privatization being forced to renationalize and refinance public healthcare and sanitation, and provide emergency economic support for the millions of people rendered jobless overnight by the COVID-19 shutdown. However, the extent to which this crisis will lead to a permanent reordering of social and political priorities, and economic systems, is yet to be seen.

In countries like Mexico, stark inequalities will likely not be transformed by the COVID-19 crisis, at least not in the short term when they will probably be accentuated. According to the Mexican government’s multidimensional measurement, more than 40 percent of the country’s population live in poverty and some 9 percent in extreme poverty. Approximately 60 percent of the population works in the informal sector, many of them literally surviving from day to day. The economic impacts of COVID-19 will undoubtedly kill many more people than the virus. The global economic crisis and the virtual shutdown of the US economy also means a massive drop in remittances sent from Mexicans and Central Americans working in the USA, an economic lifeline which sustains millions of poor families. Hundreds of thousands of undocumented migrants will have no option but to return, many of them to highly impoverished rural communities, bringing the virus with them.

Are there experiences from the Latin American context that global stakeholders or researchers concerned with inequality should be mindful of?

Compared to other Latin American countries Mexico does have a functioning public health system and highly qualified and dedicated health professionals working in the public sector, but it is sorely underfinanced and in recent years corrupt, neoliberal governments have stolen and stripped out resources. Health coverage in rural areas is desperately inadequate. As I write, the numbers of infections and deaths from COVID-19 are just starting to climb and the system is bracing itself. Although compared to Europe, Mexico has a young population (85 percent of Mexicans are under 55 and just over 7 percent are over 65), it is a population at risk due to the prevalence of many of the underlying complications linked to COVID-19 deaths: hypertension, diabetes and obesity, diseases particularly prevalent amongst the poor. These are diseases driven, in large measure, by corporate greed and regulations that have favoured profit over people: Mexicans consume more high sugar carbonated drinks than any other population in the world. Just as the black population in the US is more at risk from COVID-19 because of the stark racial inequalities in health, in Mexico it will be the poor indigenous and mestizo citizens who bear the brunt of the pandemic.

In addition, between 12.5 and 15 million Mexicans lack access to a secure, reliable supply of water. This is not just a rural problem: Mexico City has one of the most unequal distributions of water of any global city. Nearly 20 percent of its 22 million inhabitants cannot count on getting water from their taps every day. As in any other global megapolis, expecting those living in overcrowded urban settlements without access to water to keep safe in a quarantine is illusory. Women and girls are also uniquely vulnerable in this pandemic. Just days before the World Health Organization declared the global pandemic, Mexican women of all ages and social classes flooded the streets of the capital to protest gender violence. Femicide levels are through the roof: ten women are murdered every day, and over 70 percent of violent attacks against women are perpetrated by someone close to them. Confining women to the home with their abusers will inevitably lead to more sexual violence, injuries and deaths. And over the medium term, the economic crisis will only deepen toxic masculinities and gender violence.

The COVID-19-generated crisis will impact global supply chains. Mexico used to have food security, but decades of free trade policies combined with the accelerating climate crisis have undermined its capacity to self-provision. Although the current government of Manuel López Obrador came to power with a promise to invest in the countryside and small-scale agriculture, the effects of climate change in many regions have made peasant agriculture simply unviable. Around 10 to 12 percent of the Mexican population is malnourished, more than 80 percent of them living in rural areas. In the short term the rural poor able to feed themselves from their plots may weather the storm better than the urban poor, but their diet was already inadequate for their nutritional needs before COVID-19.

Pandemics do not respect national frontiers, but their spread provokes the reinforcement of racial, gender, class and geographic borders. During his campaign, Trump mobilized white supremacist narratives around the promise of a wall to keep Mexicans and Central Americans out. Paradoxically today some Mexicans are demonstrating on the northern border to try and stop people from the US travelling into Mexico, bringing the virus with them. But it is the most unprotected populations – the poor, migrants, refugees, internally displaced and the incarcerated – who will be most at risk from COVID-19. The Trump administration’s draconian immigration policies have led to the internment of thousands in the US and more recently on Mexico’s northern border, often in deplorable conditions. These populations are uniquely vulnerable to disease, and to hostility and violence if tropes of impurity and contagion take hold in a fearful population. Even with a change in the US administration in November, the scale of the global economic crisis means it is highly unlikely that the stigmatization of migrants will decrease.

So where might we look for more equitable and sustainable responses to the crisis we now face? And indeed, how should we understand “the crisis”? As many have argued, COVID-19 is in large part a consequence of environmental degradation, which is in turn a consequence of the workings of global capitalism. Capitalism’s “war against nature”, its relentless consumption of finite resources, is the driver of pandemics and other threats to life, including air pollution, soil erosion, and species extinction. More people continue to die every day across the planet because of the climate crisis than because of COVID-19. The current pandemic will not change this underlying reality.

In recent years indigenous communities in Mexico have mobilized to defend themselves against racialized dispossession and the destruction of the material and spiritual basis of life that feeds contemporary capitalism. From Purépecha villagers in Cherán, in Michoacán state, who barricaded their territories to defend their communal forests from depredation, to Zapatista women in Chiapas, who have underlined the links between racial and gender violence and historical and contemporary forms of capitalist production, indigenous peoples’ struggles are at the forefront of critical praxis. Most indigenous cosmovisions are based on precepts of harmony and balance, on understanding the interrelation between all living beings, be they humans, animals, rivers, or forests. While conditions on the ground inevitably challenge such ideals, we should pay attention to the philosophies that underpin them.

The global crisis we face is of unprecedented dimensions. But our opportunity to challenge the global capitalist model is also unprecedented. COVID-19 means that business as usual is no longer possible. Economies based on fossil fuels and wanton consumption are no longer possible if we are to stand any chance of survival as a species, if our children and our grandchildren are to have any future.

No-one has all the answers to the challenges we currently face. But as the Zapatistas in Mexico have repeatedly affirmed, another world is possible. In the face of the accelerated inequalities and violence that generated this global crisis, we must dare to dream, to act and transform our world.