#16 Miniseries on COVID-19 and Inequality

“Instead of looking at Africa as a recipient of global template-type solutions that have been developed elsewhere, there is a need to start thinking of Africa as being part of the solutions which can be replicated elsewhere,” says Jessica Kampanje-Phiri, Social Anthropologist at the Department of Human Ecology at the Lilongwe University of Agriculture and Natural Resources (LUANAR), in this interview with GRIP on the COVID-19 pandemic and global inequality. 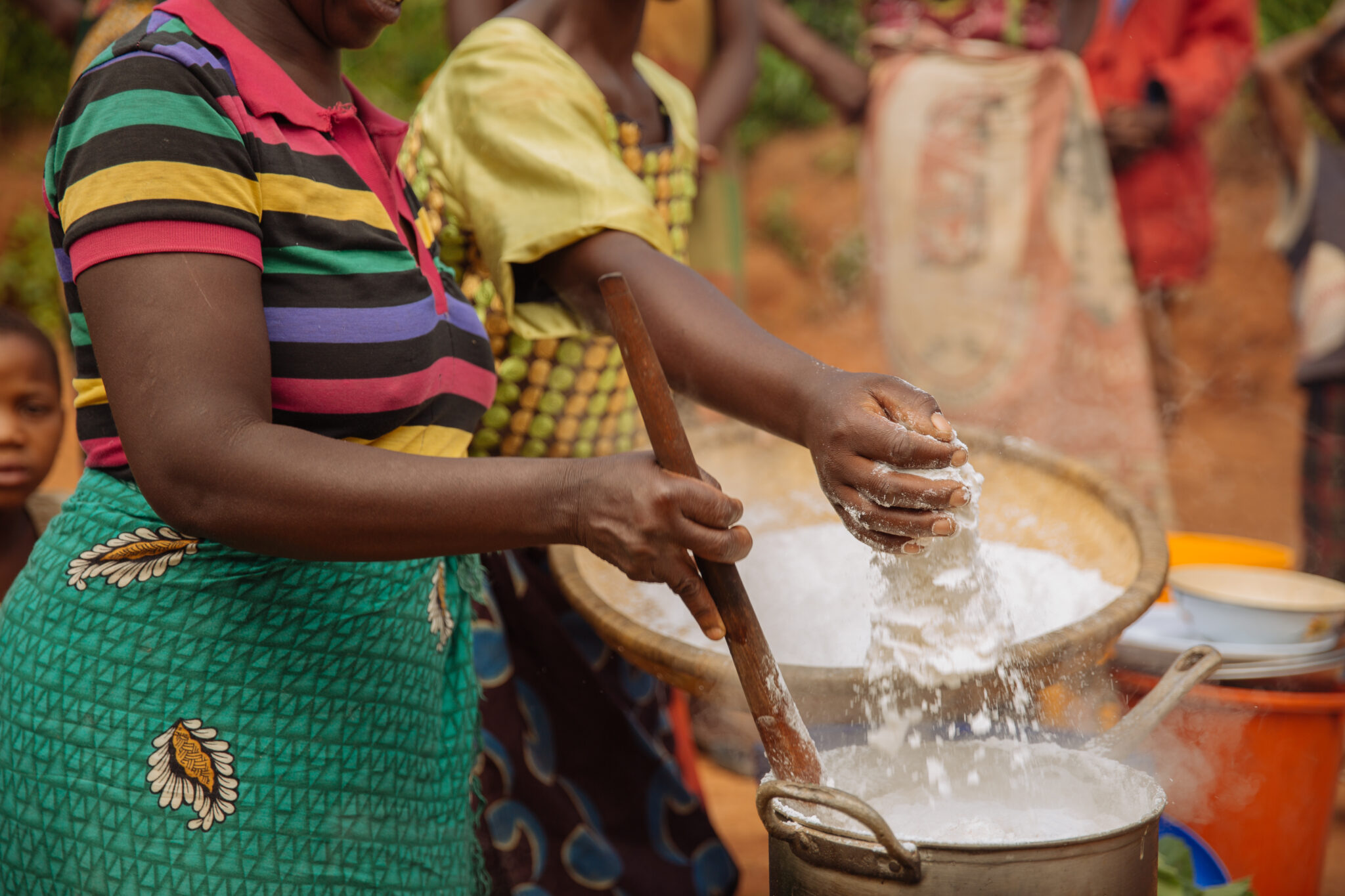 We are already seeing how the impacts of the COVID-19 pandemic are unevenly distributed depending on where you live, your job situation, age, class position, gender, ethnicity, the availability of health services, and a range of other factors. In this series, we provide short interviews with scholars and relevant organisations that share their insights and views on how the pandemic might exacerbate or alter existing inequalities across six key dimensions: social, economic, cultural, knowledge, environmental and political inequalities.

Jessica Kampanje-Phiri (PhD) is a social anthropologist specialized in understanding the cultural dimension of food systems in Malawi and beyond. Her specific areas of academic and research expertise include sustainable agriculture and food policy analysis, gender relations and development assistance. Jessica Kampanje-Phiri is currently Lecturer of Social Work and Deputy Head for the Department of Human Ecology at the Lilongwe University of Agriculture and Natural Resources (LUANAR).

To what extent could we now see inequalities both between and within countries becoming accentuated as a result of the corona outbreak?

I think, obviously the gap between the rich and the poor would be widened in the advent of the corona outbreak. Take for instance the West, where we already see this manifesting in the number of deaths among the resource poor, those with lack of insurance to access quality health services, and those lacking a resource base to purchase nutritious foods during lockdowns. Similarly, in developing countries, this scenario is even worse considering that the gap between the poor and the rich is already wide, as in a country like Malawi, where over 80 per cent of the population rely on smallholder farming and about 65-75 per cent of the urban poor rely on daily wage earnings and informal markets for livelihoods. To these sections of the population, a measure like a country-wide lockdown would mean a halt in resourcing their day-to-day essentials for survival, while the rich part of the population, accounting for 15-20 per cent, might be able to afford stocking up for their essentials during such an intervention. This is understandably why the lockdown measure to curb the pandemic in Malawi has been met with protests in different parts of the country, as reported by the Malawi Times, Al Jazeera, and the Anadolu Agency.

Globally, I think, countries that are poorly resourced and aid dependent might suffer economically since developed countries might prioritise to stabilize their economies, as well as figuring out how they can find a long-term solution to an ongoing pandemic which is still showing to be taking many lives in some Western countries. However, having said that, this could also be an opportunity for aid dependent countries to be part of the solutions of the pandemic and beyond. I have always been fascinated by the massive knowledge base and ability to find solutions in times of crises amongst my own people of Malawi. For example, some studies have shown how local communities have a complex knowledge system that cuts across different stages of the flood risk management cycle and forms a component of community resilience during flood related or hunger crises (Trogrlic, et.al., 2019 and Kampanje-Phiri, 2016).Why don’t we tap into that massive knowledge base? I think pandemics like these, as much as they are a misfortune to many; they also create a space for new ways of thinking which could create a breakthrough for some countries and a downfall for others.

How are the responses to the corona outbreak revealing the reverberations of colonial and postcolonial histories in terms of how pandemics are thought about?

It is surprising that most current measures that are being put in place were already proposed during major 20th century influenza pandemics like those of 1918, 1957, 1968 and the recent 2009 H1N1 pandemic. To quote Sambala, E.Z, 2011 in his article: “Lessons of Pandemic Influenza from Sub-Saharan Africa: Experiences of 1918”:

There are 2 main nonpharmaceutical (public health) interventions used in the 1918 influenza pandemic that can be seen as lessons learned for dealing with future pandemics: immunization and social distancing measures. Until now, immunization has remained the appropriate intervention method to deal with pandemic influenza. Social distancing measures, such as quarantine and closing schools, are important strategies but arguably neglected in current debates (Sambala, 2011: 73).

As the quote suggests, most countries have indeed adopted social distancing and quarantining measures and are searching for an effective vaccine to help curb the pandemic. Even though these measures have been applied with different levels of intensity within each historic pandemic, they can arguably be traced back to colonial times – at least in the case of sub-Saharan Africa. For instance, the concept of quarantine as a common measure of addressing a pandemic, is an ancient concept in most African histories and beyond, where accounts of sick people being isolated from their villages of origin and placed in the outskirts, where people would provide them with food from a distance, have been told and at times documented (see also: the Bible, Hokkanen, 2015 and Tognotti, 2013).

Despite the replicability of these forms of interventions over time, one can see a colonial aspect in the recent interventions, where poorly resourced countries have strived to produce influenza pandemic plans for resource mobilization, while the proposed measures in those plans have been more in tandem with Western-tailored interventions rather than context-specific measures (see also: Sambala, 2011; Tilley, 2016; Sambala and Manderson, 2017). The result of this colonial history has been that African-grown theorization of locally conceived epidemiology solutions, have always been taken as inferior as opposed to Western scientific medical solutions, to an extent that even a Western-developed drug developed from locally available knowledge would be considered superior than the same drug developed locally by the source of that information.

In what ways is the global outbreak of the virus also revealing the underlying political, economic or other drivers of heightening inequalities within a capitalist system?

In Malawi, for instance, the issue of a possible lockdown as one of the interventions to curb the COVID-19 has been quite a contentious issue, as well as a political one. This is so especially in light of the 2019 presidential elections that were challenged in court, and a re-run ruling that followed the complaint by the opposition party leaders. Whilst the country was in the middle of preparing for this re-run elections, as well as intermittent demonstrations to remove critical office bearers of the Malawi Electoral Commission (MEC) that were allegedly being accused of having contributed to the inconsistencies of the previous elections, the government announced its concerns to save lives of Malawian from the threat of the corona pandemic, even though at that time, only two out of twelve identified cases, were reported dead.

The scenario above has raised a lot of mixed debates – both within the social media forums as well as the official state forums (i.e., the judicial and executive arms of the government). Some critical questions being asked widely include the following:

Looking of the history of influenza pandemics in sub-Saharan Africa, these questions are not new. As Sambala (2011:74) notes, the historical account of the 1918 pandemic influenza in Africa is marked by frequent controversies regarding the restrictions on personal liberties of populations, yet public health authorities claim that imposing such restrictions may be of interest for the common good. Such controversies, have posed dilemmas for governments who, on the one hand, might have interests in containing the virus and, on the other, might risk losing their political popularity due to measures that are not popular with the majority of the population.

So, to answer the question, yes, in Malawi, the virus is indeed revealing the underlying political, economic, social and other livelihood drivers of heightened inequalities that are embedded within any capitalist system. But governments which succeed in putting strategies in place that would create a win-win situation for its polarized populace would not only succeed in fighting the virus, but would also be assured of political popularity.

I think countries should be given room to explore home-grown specific interventions that can work best for each country depending on the resources they have, rather than thinking of a one-tailored universalistic intervention that can end up subjugating the poor population further. While global concerns are critical in sharing lessons and ensuring that the world is moving together in handling this pandemic, it is also important to explore the context-specific solutions as I have already indicated. This is in agreement with a web review on Africa’s response to COVID-19 which emphasises the need of both particular solutions as well as global collaboration in response to COVID-19. To quote:

African governments must urgently increase their investments in scientific research and medical infrastructure, and proactively seek partnerships at the continental and global levels. Importantly, such collaborations help equalize global health inequities by ensuring that solutions developed through global collaborations are locally available… (Mburu and Baum, 2020)

Are there experiences from Malawi or the African context that global stakeholders or researchers concerned with inequality should be mindful of?

One of the things that is puzzling the world right now is how the numbers of COVID-19 cases in Africa, particularly for a poor country like Malawi, are pretty much lower than anticipated. Is it a question of weather? Is it a question of lack of resources to measure the extent of the problem? Or is it a question of the type of food consumed? What is contributing to these smaller numbers compared to our developed counterparts? Considering the infectious rate of the disease and the rate of social interaction that happen in most African societies, how fast would this disease spread and how many lives will be lost?

So many theories trying to explain these paradoxical questions ranging from faith-belief based to historic trajectory of influenza pandemics in Africa are available both on media forums and locally. As an anthropologist having observed and read widely on how poorly resourced countries like Malawi have survived severe pandemics like this current one, I think critical lessons lie in the massive knowledge base that exists locally in how generations after generations in these poorly resourced countries have managed to survive such pandemics, always to the surprise of the global predictions. There has to be something on the ground that is not being well understood, ignored, overlooked, and even undermined as inferior. I believe research that will build on the locally available knowledge on how most Africans have handled pandemics locally with their limited resources, will have more insight to uncover, and that the world can also learn from it and be able to save more lives elsewhere. A change of perspective needs to be born, therefore, instead of looking at Africa as a recipient of global template-type solutions that have been developed elsewhere, there is a need to start thinking of Africa as being part of the solutions which can be replicated elsewhere.

Kampanje-Phiri, J.J. (2016). The ways of maize: Food, poverty, policy and the politics of meaning in Malawi. LAP LAMBERT Academic Publishing.

Mburu and Baum (2020), March 2020, ‘Africa in Focus: Coronavirus: Amid the global pandemic, lessons for Africa’, www.brookings.edu/blog/.