#21: Miniseries on COVID-19 and Inequality

“African leaders must govern with compassion and seize this crisis as an opportunity to radically change the trajectory of the continent,” says Dr. Ndongo Samba Sylla, at the West Africa office of the Rosa Luxemburg Foundation in Dakar, Senegal. 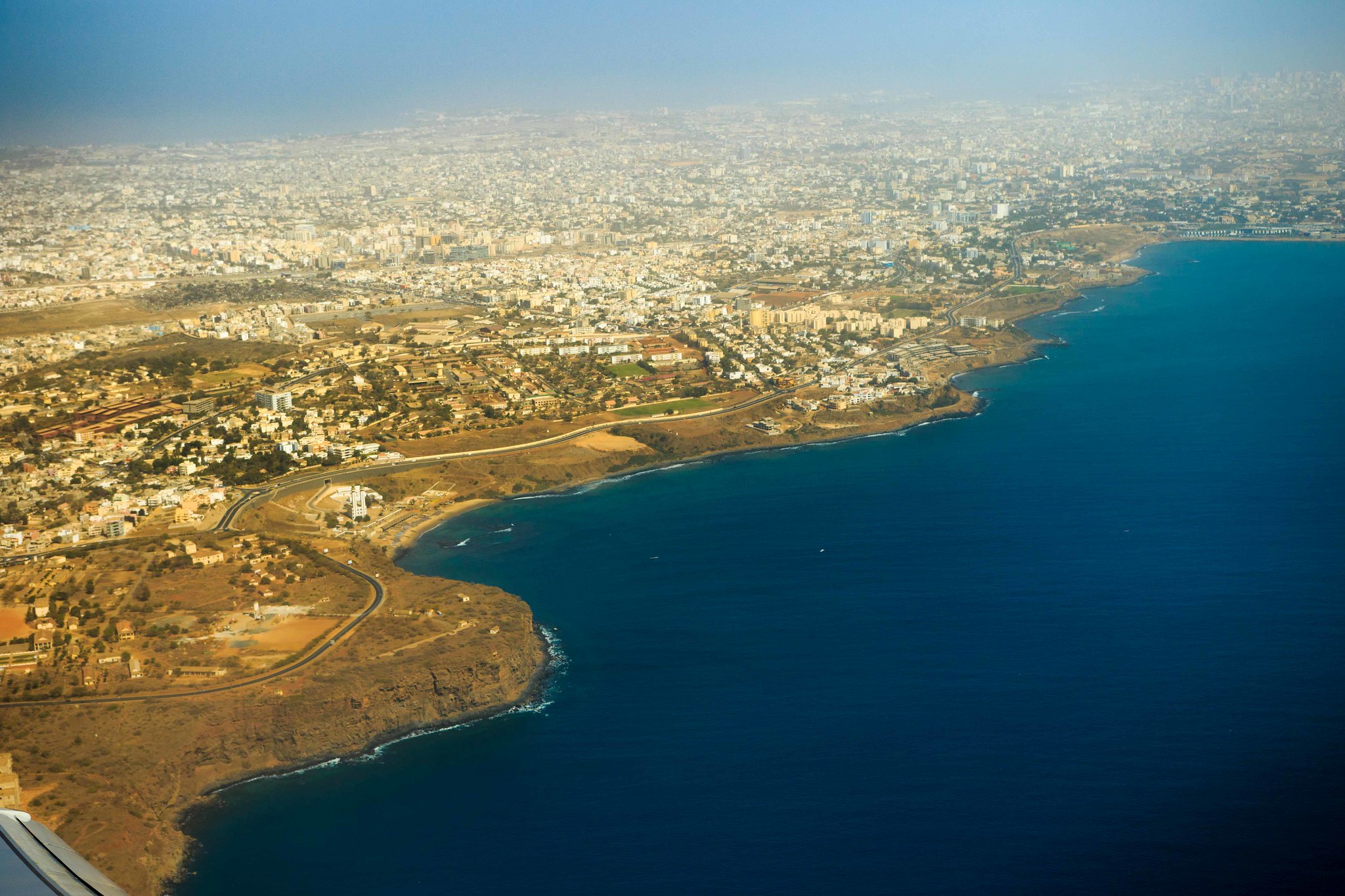 We are already seeing how the impacts of the COVID-19 pandemic are unevenly distributed depending on where you live, your job situation, age, class position, gender, ethnicity, the availability of health services, and a range of other factors. In this series, we provide short interviews with scholars and relevant organisations that share their insights and views on how the pandemic might exacerbate or alter existing inequalities across six key dimensions: social, economic, cultural, knowledge, environmental, and political inequalities.

Dr. Ndongo Samba Sylla is a development economist and a program and research manager at the West Africa office of the Rosa Luxemburg Foundation, Dakar. He is author of the Fair Trade Scandal: Marketing Poverty to Benefit the Rich (2014), and has co-authored the forthcoming “Africa’s Last Colonial Currency: the CFA franc story” with Fanny Pigeaud.

To what extent could we now see inequalities both between and within countries becoming accentuated as a result of the COVID-19 -outbreak?

In both economic and health terms, the COVID-19 pandemic has so far affected rich countries more than poor countries, here I am thinking of Africa in particular. But the economic response has not been the same, of course. Because of their greater monetary sovereignty, the governments of rich countries have often been able to maintain a certain level of spending. Given that African countries, for the most part, have rapidly become indebted during the last decade to creditors based in the Global North and China, their debtor position becomes very constraining in the context of declining export incomes. Their economic response to the pandemic remains nolens volens dependent to a certain extent on external generosity: development aid, external debt restructuring, etcetera.

Within countries, particularly in Africa, the virus does not, of course, spare any social class. But the wealthy and upper middle classes are better prepared to face it. They have more economic security and live in conditions that protect them from overcrowdedness and certain shortages. A recent study published by UNU-WIDER presented a lockdown readiness index. Using 2019 data for a sample of 30 sub-Saharan African countries, it shows on average that less than two in ten households in urban areas and less than one in ten households in the rural areas are ready for a prolonged lockdown. Thus, contrary to popular belief, the coronavirus is not a “democratic” virus. The economic costs of the pandemic will fall mostly on the poorest and most vulnerable social groups.

In what ways is the global outbreak of the virus revealing some of the underlying political and economic drivers of heightening inequalities within a capitalist system?

I tend to think that the coronavirus outbreak has transformed the whole world into a large developing country. Why is that? Because no one would have imagined in the 21st century that so-called rich/developed countries, at the frontier of technology, with the world’s most gifted experts/scientists, could not only lack basic health products – such as masks – but also be so destabilized by a twisted, but not very lethal virus. When rich countries engage in maritime piracy against poor countries in order to provide themselves with basic health supplies, there is a real problem. If the pandemic had been confined to Africa, Western mainstream analysts and media would have blamed it on the corruption of their leaders and their level of poverty. The pandemic has thus had the virtue of showing rich countries what underdevelopment is. For underdevelopment cannot be defined or explained in terms of lack of means and idiosyncratic problems of mismanagement. Rather, underdevelopment is a systemic problem: a logic inherent in the global capitalist system, which consists in prioritizing the accumulation of capital to the detriment of the most basic needs of the majority. The so-called “underdeveloped” countries and poor populations throughout the world have been the adjustment variables of this mode of production and accumulation.

So, the pandemic has, in my view, revealed that even the so-called “rich” countries – meaning their populations have a high level of consumption and waste of humanity’s resources – have behaved as underdeveloped countries during the last four decades. Economic accumulation has been proceeding with a growing disinterest in the quality of life of the majority of their populations. If we conceive of underdevelopment as a particular relationship between the availability of resources and the quality of life of the needier majority, then we can see how far the West has fallen with the pandemic.

In what ways might state responses to the economic impacts of the COVID-19 outbreak be constrained by the colonial legacies of monetary policies and international debt relations?

In the case of my country, Senegal, a former French colony, the way the colonial legacy shapes the management of the pandemic is quite evident. The President of the Republic of Senegal – like his counterpart in Côte d’Ivoire, also a former French colony – first spoke out on the pandemic on 23 March, seven days after Emmanuel Macron’s announcement of total lockdown in France. It was as if the presidents of Senegal and Côte d’Ivoire were waiting for the green light from the former metropolis to allow themselves to communicate freely with their citizens about the measures to be taken in relation to the pandemic. As the Senegalese government does not have the means for total lockdown or mass screening, it set up a curfew and decided to close places (schools, mosques, etc.) or activities (bars, restaurants, etc.) requiring gatherings. Senegal decided afterwards to relax certain measures on May 11, the same day the French government started the gradual exit from lockdown. Furthermore, Senegal, like 13 other African countries that use the CFA franc – a currency born in the colonial period and still controlled by France – is counting on France to cancel their foreign debt in full or in part. This is not a surprise with regard to the fact that the CFA franc is still premised, as in colonial times, on extracting economic surpluses from African countries rather than helping them mobilize their domestic resources.

What might an equitable response to the economic impacts of the outbreak look like? Is there perhaps now more space to think about alternative visions of how to organize economic relations?

In my opinion, the pandemic does not bring a new diagnosis. Rather, it exposes already known structural weaknesses and asymmetries in the global economic system. But it has the virtue of making us aware of the need for a radical change of economic orientation, both in the Global North and in the Global South. In the short term, for the Global South, the solidarity of the Global North will be essential in order to meet the health challenge as well as economic recovery. In particular, the Global South’s external debt issue will have to be managed in a democratic manner (through for example citizen debt audits) to avoid (i) the implementation of austerity programmes that will deteriorate the living conditions of the populations, (ii) the submission of the economies and resources of the indebted countries to the wishes of their creditors and (iii) the annihilation of the necessary efforts to be made to tackle climate change. In the medium and long term, we must work towards a global system that increases, as far as possible, the economic, monetary and financial self-sufficiency of each country, especially the countries of the Global South. This presupposes, for example, the adoption by the latter of policies of food and energy self-sufficiency (and therefore of a transition towards renewable energies), the domestic or regional production of essential goods, the replacement of trade for the sake of trade – based on competition and the logic of profit – with trade based on emulation and on the satisfaction of mutual needs, the “de-financialisation” of economies, etc.

Are there experiences from the West African context that global stakeholders or researchers concerned with inequality should be mindful of?

To take the case of Senegal, the measures taken to reduce the spread of the coronavirus have predictably had a major impact on workers in the informal sector – who have to work on a daily basis to hope to provide for their families. The government wanted to help them, through food aid programs, subsidies for electricity and water bills, etc. These solidarity measures are commendable in themselves. But they have come up against a problem of targeting: how to target the neediest when the state has no direct means of reaching them? Under such conditions, transfers have sometimes been regressive. For example, the Senegalese state has granted a subsidy to households with electricity bills lower than a certain amount. The idea being that the poorest households have a lower electricity bill than the richest households. Putting aside the fact that the rate of access to electricity is generally low in rural areas, the reality is that poor households with formal access to electricity have lower per capita consumption than rich households. But because rich households have far fewer members, many very rich households with low electricity bills have, to their surprise, benefited from the government subsidy. This example shows that African countries, even when they have the financial means to attenuate inequalities, do not always have the institutional instruments to do so.

Could you tell us about the open letter to African leaders by more than 90 African intellectuals that you have been involved with?

The open letter of African intellectuals was coordinated by Prof. Lionel Zevounou (law, Paris Nanterre), Prof. Amy Niang (political science, Wits University) and myself. It was published in mid-April in a context where catastrophic predictions were circulating about the fate of Africa in relation to the pandemic. We thought that it was not worth responding to this kind of speculative and Cassandra-style statements. As intellectuals, we should rather call upon African governments to act in a timely, responsible and efficient manner. The pandemic brought challenges that the continent must manage with tact and originality, by avoiding mimicry because the African context is different from that of Western countries that can better afford total lockdown. African leaders must govern with compassion and seize this crisis as an opportunity to radically change the trajectory of the continent. That has been our message. It is the conviction of all of the signatories of this letter that Africa has sufficient resources to aspire to a civilization of abundance and equality where the dignity of every person is respected.

This letter has met unexpected success and enthusiasm. Since then, we have felt it our duty to continue our efforts. We are in the process of setting up multidisciplinary working groups throughout the African continent and its diaspora that will reflect on the challenges of the transitional period we are currently experiencing and, more generally, lay down principles and orientations for a radical transformation of the continent in the service of its peoples in the context of a floundering multilateral system. This collective work will be made public and disseminated as widely as possible in the course of 2021. We would therefore welcome the opportunity to collaborate with individuals and institutions interested in our work.