“Amid our global struggles with the often asymptomatic yet highly contagious disease has arisen much prejudice and national and racial discrimination” writes Minhua Ling from The Chinese University of Hong Kong in her essay on the hukou-based citizenship regime in China and its impact on the existing structural inequality and placebased discrimination. 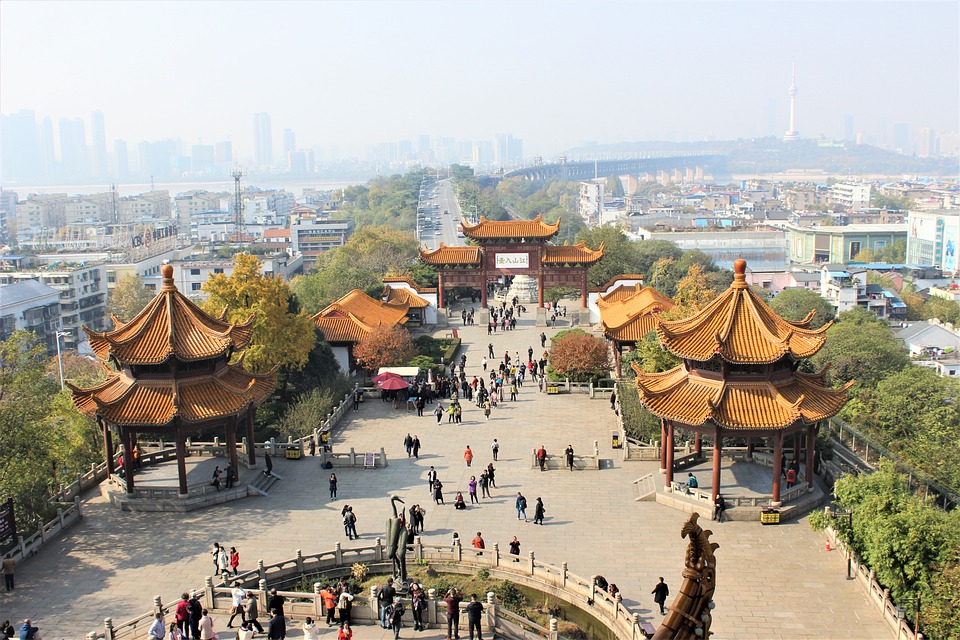 The Global Research Programme on Inequality’s (GRIP) series “Inequality in the (Post-) Pandemic City” probes how different dimensions of inequality are shaped, exacerbated, materialized or co-exist in globally diverse urban contexts. In this series, we provide insights from researchers, scholars and specialists, asking how the effects of the pandemic, including the virus itself or the intervention measures associated with it, are impacting people and communities, particularly in relation to economic, political, social, cultural, environmental and knowledge-based inequalities.

This week’s contribution is an essay by Minhua Ling. Minhua Ling is a sociocultural anthropologist, researching, writing, and teaching on the processes and sociocultural ramifications of urbanization and migration with a regional focus on China. After receiving a PhD in anthropology from Yale University, she joined the Centre of China Studies as at Chinese University of Hong Kong where she is currently an Associate Professor. Her research interests include urbanization, mobility, education, governance, inequality, youth culture, rural transformation, and socioecological relations.

Governance of mobility during the pandemic in China

Since the World Health Organization declared COVID-19 a global pandemic on March 12, 2020, governments around the world have been adopting lockdown measures to contain the virus. While the virus knows no geographic and racial boundaries, government policies and social commentaries often act upon and reinforce those existing boundaries. Amid our global struggles with the often asymptomatic yet highly contagious disease has arisen much prejudice and national and racial discrimination. While overseas Chinese have carried signs reading “I am not a virus” to protest against the anti-Asian racism and Sinophobia implied by the use of the term “the Chinese virus” in America and Europe, exclusive policies and social discrimination against Hubei people within China have been equally disheartening.

On January 23, the world was shocked by the complete closure of Hubei province’s capital Wuhan where the outbreak came to light before the Lunar New Year holidays. The city of Wuhan sitting on two rivers announced full closure from 2 AM Jan 23 and closed all public transportation means form 10 AM that same day. Its residents were barred from leaving home and outsiders could not enter. Thirteen neighbouring cities adopted similar measures from Jan 24, which made the province largely in lockdown. Residents who left Wuhan before the complete lockdown of the city were shunned by hotels and local communities where they were sheltering. Cars with Hubei plates were frequently pulled over and checked by police on city streets around China and even denied entrance to certain areas. Wuhanese who have been living outside of Hubei for years have also been subjected to strict quarantine and close monitoring simply because of their Hubei hukou (household registration) status.

Noticeably, it is often one’s hukou place, rather than travel history, that has been used by local public security and health agencies to identify “risks,” impose quarantine, and execute travel bans. China’s “internal passport” hukou system divides its citizens into agricultural/non-agricultural categories and ties citizens’ access to welfare provisions with their registered hukou places. Since 1958, this has enabled the party-state’s surveillance and governing of its population, just as it facilitated the planned economy in the Mao era. Of course, restrictions on population movement have been significantly relaxed after three decades of market-oriented economic reforms. Over 288 million migrants worked and lived outside their registered hukou-place in 2018. However, the hukou remains the key mechanism for the state to monitor population movement and exercise social control. In late March when the Chinese government began lifting domestic travel bans to resume economic activities, Beijing still barred all Hubei hukou holders from entering the city. As peculiar as it may seem as a matter of 21st century governance, this testifies to both the institutional resilience of the hukou system and the state’s administrative dependence on it in spite of China’s epic economic transformation and massive waves of internal migration.

My recently published book, The Inconvenient Generation: Migrant Youth Coming of Age on Shanghai’s Edge, reveals the long-lasting impact of the hukou system upon individual lives. It probes into state-structured discrimination and its manifestation in everyday life through the lens of second-generation rural-to-urban migrants. Using longitudinal ethnographic data collected between 2008 and 2018, the book documents how dozens of non-local teenagers grew up in Shanghai but remained outsiders because of hukou barriers. It is a story of coming of age as ‘liminal subjects’ caught between China’s persistent local/non-local hukou divide. In particular, they are barred from attending public high schools and taking the university entrance examination in Shanghai. Deprived of opportunities for higher education, most of them have been channeled to vocational schools and become a new generation of workers in low-paying manufacturing and service industries. By tracing their trajectories and experiences from middle school to the job market, my book shows how they strive to pursue their dreams and aspirations while facing an unforgiving reality shaped by the urban citizenship regime and its segmented inclusion.

Phobic reactions against Hubei hukou holders have partly been made possible by the deeply flawed hukou-based citizenship regime that reinforces existing structural inequality and placebased discrimination. The pandemic, indeed, has exposed the challenge China faces in confronting the prejudice and discrimination fostered by such administrative categories and welfare policies.

This challenge also goes beyond China. Most countries use passports as the sifting criteria to institute travel bans. Institutional infrastructures such as guarded customs and digitized entry records make it easy to harden national boundaries in this public health crisis. Logistically convenient, the naturalizing discourse of place-based quarantines and travel bans may help justify prejudice, which we should be aware of especially during this time when compassion is most needed to fight against fatality and fear.