“Is this it?” asks Maria Dyveke Styve, reflecting on GRIP’s series “COVID-19 and Inequality” and the role of anthropology in tackling oppressive structures that perpetuate global inequalities. 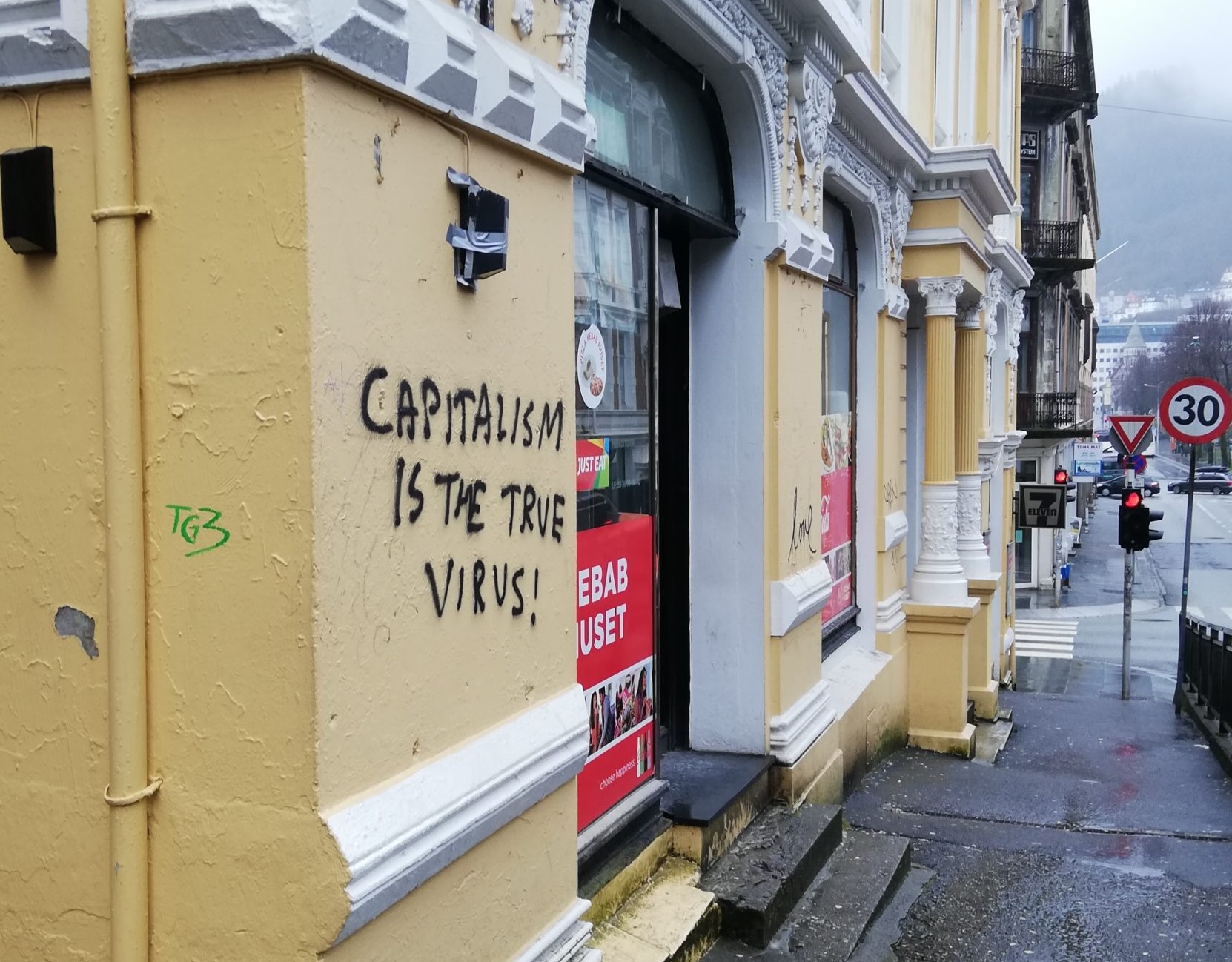 In this essay Maria Dyveke Styve, Max Weber Fellow at the European University Institute, provides a commentary on GRIP’s series “COVID-19 and Inequality”.  Maria, also being a former research advisor at GRIP, reflects on the ideas and insights shared by the various contributors of the series, and discusses the role and potential of anthropology in tackling oppressive systems that perpetuate global inequalities.

How to write meaningfully about the obvious? When attempting to think about what this moment means, where we are, what we are faced with, nothing but the overtly evident emerges, and it is full of clichés: “This is it,” this is the decisive moment, our make-or-break, this is life or death for all of us. Yet the clichés are also true. This somehow seems to be the moment where all our intertwined crises show themselves simultaneously. Extreme levels of inequality, racial injustice and the persistence of colonial economic, social and political structures globally, climate disaster, an increasing number of fascistic leaders in major countries, and finally a global pandemic that decades of austerity have left us pathetically unprepared for. And this does really seem to be it. If this moment does not result in a drastic change of direction, it is game over. On the bright side, this is also the moment where the impending collapse of the current order opens up the possibility of replacing it and building something radically new (or perhaps rediscovering the old and long-lost). Building something that treasures the beauty of life, that caters for warm, fuzzy relations, that lets us spend our time making life more interesting, more dignified, more delightful and more fun for all of us. But it will be a struggle, a hard-fought battle, that requires us to think everything at the same time, there will be no time to leave anything for later. If it will be done, it has to be done now, and it will require a massive effort to unite struggles that are ongoing locally, nationally and crucially, internationally.

In an attempt to understand the implications of the outbreak of the pandemic on economic, social, political, environmental, gender and knowledge -based inequalities, the Global Research Programme on Inequality at the University of Bergen initiated a series of interviews earlier this year with academics and activists globally. The 21 interviews with scholars from across the globe have highlighted multiple dimensions of how the outbreak of the virus is having extremely unequal impacts. If Alfredo Saad-Filho is correct, and we are now seeing the biggest economic crisis in the history of capitalism, we can expect the coming years to indeed be chaotic, and there is nothing certain about the outcomes.

The racialization of the pandemic in the US, as described by Edna Bonhomme, shows how the virus thrives on historical patterns of racism, resulting in both higher risk of contraction and higher death rates among African Americans, who are more likely to have essential jobs that put them at risk, and are less likely to have health insurance. She concludes, “All in all, black Americans are living in a social and medical apartheid”. Eugene Richardson makes a similar argument, showing how health inequalities are really the outcomes of long-term historical processes from slavery to structural adjustment and where reparations and a radical redistribution of wealth are needed to address these.

Divine Fuh describes our whole world, as one that became, and still is “a laboratory for eugenics, with inequality as its principal ingredient”. If the hierarchies of who is deemed disposable have been crafted through centuries of colonization and racialized patterns of capital accumulation, then the South African demand that “everything must fall” seems the appropriate response to the deeply intertwined set of crises that we are facing. When asked what an equitable response to the crisis might be, Fuh says we simply have to be better at being better humans. If we are going to get out of this crisis with something that looks like a more livable world, then a radical ethics of care and consciousness of our interdependencies are needed on the one hand he says, and de-linking from the global machine of brutality on the other. Ndongo Samba-Sylla echoes the need for de-linking, arguing that we need a system that supports greater economic, monetary and financial self-sufficiency, including for food and energy supplies, producing more goods locally and creating a system of trade based on the satisfaction of mutual needs rather than profit-maximization.

Fei Tevi argues for going “back to a model of society that places that human being at the centre of every economic, environment and societal structure,” showing how the response to the COVID-19 outbreak in many of the Pacific Islands, has been a collective response to share resources, building on a strong sense of communal living and caring for one another.

Resonating with many of the interviews in the series, Rachel Sieder argues that while the global crisis that we are currently facing is of unprecedented dimensions, so is the possibility for change, and she urges that we must “dare to dream, to act and to transform our world”.

What does that mean for us as anthropologists? To be honest, I never thought I would become one. And it still doesn’t sit entirely well with me, given the colonial history of the discipline and that of Western social sciences in general. However, I have increasingly come to appreciate what Bruce Kapferer and Bjørn Enge Bertelsen chose to call “guerilla anthropology,” – seeking to question, disturb, shake and defy dominant ways of thinking. Shouldn´t that be the whole point of any intellectual endeavor? Perhaps, but as academia has developed, towards more and more market-based models, pushing us to publish recycled regurgitations of old arguments in new guises, it cannot be taken as a given. I used to have, and maybe still have a romantic view of the universities of the late 1960s, of the intense political debates, the intellectual fervor, without any concern about whether what they were doing would land them a tenured job or not. More than ever, we need to take back the universities. Force them to become spaces where we challenge precisely dominant ways of thinking, where we create space for our young ones to reimagine themselves and their (post-pandemic) futures, to collectively create visions of a future system that no longer thrives on human suffering but that allows us to not only imagine, but to recreate social relations that are lush, fruitful, complicated and beautiful. A guerilla type of anthropology is probably not particularly suited to give any definite answers, but it is definitely well suited to provide difficult questions, that challenge, that probe, and that defies the logic of the current system of oppressive structures.