On the 17th of February 2021, GRIP hosted a book launch for an edited volume “Tax Justice and Global Inequality. Practical Solutions to Protect Developing Country Revenues”. This book comes at a time during which global inequalities have never been stronger, with the COVID-19 pandemic putting millions out of work in both developed and developing countries. Coming generations are looking at a bleak future with decreasing opportunities. Now more than ever, ways to alter our economic and political structures are needed. During the book launch event the audience submitted several questions to the panelists and below you can read some of the answers to the issues raised. 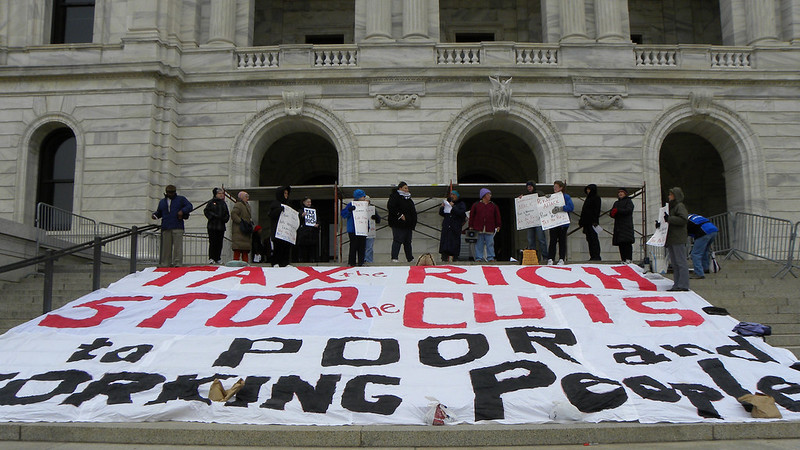 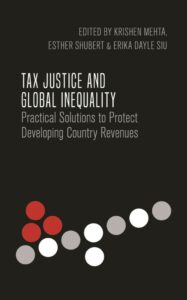 How developing countries could better be included in the global tax structure was one of the questions asked by the audience. Krishen Mehta pointed to participation in the OECD’s Inclusive Framework as a solution, although he agrees that not all developing countries are able to actively engage in it. Moreover, and although this project is still only a campaign, the creation of a UN Tax Convention would equalize developing countries with developed ones.

For now, the United Nations created a panel on Financial Accountability, Transparency, and Integrity (FACTI). It gave several recommendations that could help developing countries in particular, such as holding the enablers of illicit financial flows accountable, evaluating the financial impact of tax injustice, and creating a corporate minimum tax, regardless of the corporation’s headquarters. Mehta stresses that developing countries must not wait for a global tax system to be established and that they must “take control of their own tax destinies”.

In order to do so, they must not fall prey to tax competition and tax incentives, which only results in competition between already impoverished countries and hurts them more. The creation of regional alliances and anti-abuse clauses, alongside a renegotiation of Natural Resource Contracts are also necessary steps if tax justice is to be achieved. Taxing the informal economy, which in some developing countries can constitute more than 50% of the GDP, is also a challenge that states must take on, according to Krishen Mehta and Erika Daye Siu. The International Center for Tax and Development (ICTD) provides more extensive research on how the informal economy can be taxed and why it has not been done yet.

The lack of taxing of the informal economy, however, is not the only reason for tax leakage. Businesses, small or large, also constitute the reason behind it. Untaxed and informal small businesses cause tax loss. More worrying are large corporations acquiring small businesses, as they obtain a monopoly, and leverage to be exempted from taxes and have a say in policymaking, explains Mehta. To avoid this, strong antitrust or anti-monopoly clauses are essential.

Another question asked to the panelists was regarding how developing countries could benefit from digital taxation. To integrate the digital in a country’s economy, the editors advise to “invest in capacity building initiative of human resources in this area of taxation”, as this sector is developing rapidly and across all spheres. Additionally, investments should be made in technologies tracking the location of transactions through IP addresses. Without this, a proper taxing jurisdiction cannot be created.Globally, while countless recommendations can be made for countries to aim for tax justice, the difficulty of policymaking in countries with a high level of corruption, poor political stability, weak administrations, and equally weak enforcement cannot be underestimated. Yet even then, change can take place. Mexico and its Dictamen Fiscal Rule is a perfect example. The tax statute provides a blacklist of known tax havens, and companies trading with the latter face severe consequences – such as being forbidden to do business in Mexico.

One final obstacle to policymaking, that has no solution except constant monitoring is that of the “revolving door”. The two editors explain that this applies to “government employees going into private practice with multinational companies and using their contacts in the government sector to assist their new clients” or “consultants from the private sector who are then hired to work for the government in designing or articulating tax policies”. This bridge between the private sector and policymakers directly hurts the independence of policymaking. While different laws are put in place across countries to reduce this phenomenon, it is a scenario that often unfolds, with major consequences. When stakeholders become the decision-makers, pushing forward a tax legislation that is fair becomes an almost insurmountable challenge.

As the panelists underlined during the discussion, taxation is the foundation of societies’ social contract. It determines welfare and redistribution policies, the gap between rich and poor, the existence – or absence – of social infrastructures, and sustainability. On the other hand, tax avoidance performed by individuals and corporations plays an important role in wealth concentration. Tax justice – meaning everyone contributing according to their abilities – is, therefore, one of the keys to reduce inequality, internationally and domestically.

For more information on the Tax Justice and Global Inequality book and the different contributions please click here.

Watch the full discussions from the book launch event here: