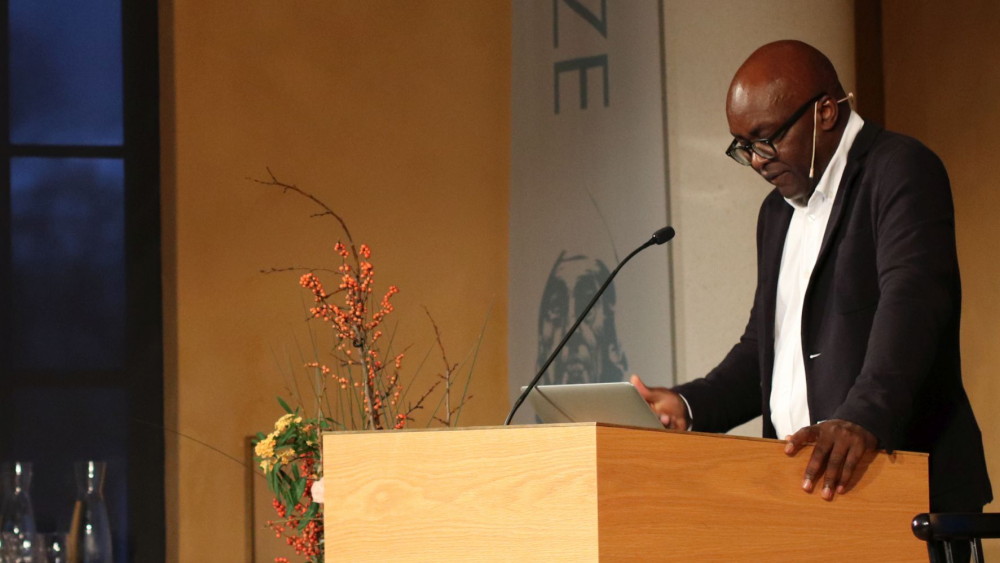 Professor Achille-Joseph Mbembe will be appointed as an honorary doctor at the University of Bergen for his sound research on history and politics. Achille Mbembe, one of the most profoundly original and creative scholars and intellectuals in today’s world, was nominated by the Faculty of Social Sciences at UiB on the recommendation of GRIP and several co-signatories. Mbembe has previously visited Bergen to hold the address at the annual Holberg debate.

Central to Mbembe’s scholarly and intellectual concerns have always been the question of what it would mean to “think the world from Africa.” Yet, this very “thinking the world from Africa” for Mbembe means the active embrace of the very heterogenous nature of the African experience, past and present. Inspired by thinkers such as Michel Foucault, Frantz Fanon and Aime Césaire, Mbembe have taken aim at the persistence of racism and its attendant dehumanisation and denigration of blackness, Africa and Africans in our time. Furthermore, in his multiple takes on the many ways in which forms of inequality characterises global human existences, Mbembe has through his work demonstrated a consistent engagement with a range of disciplines beyond his own, such as anthropology, history, political science, literature, philosophy, to name some.

Writing and publishing in both French and English, he has a unique capacity to transcend many of the historical divisions characterizing the global Anglophone and Francophone public spheres. Monographs like On the Postcolony (University of California Press, 2001), Sortir de la grande nuit: Essai sur l’Afrique décolonisée (Out of the Dark Night: Essays on Decolonization, Columbia University Press, 2019), Critique of Black Reason (Duke University Press, 2017) and Politics de l’inimitié (Necropolitics, 2016, Duke University Press 2019) have established Mbembe’s reputation as a leading postcolonial intellectual of our times.

In an era riddled with climate change and racial injustice, there is a great need for engagement with the intellectual projects of a truly global scholar like Achille Mbembe. His scholarship and interventions as a public intellectual transcend linguistic and national barriers; serve as an inspiration to generations of scholars of African descent; and addresses crucially important matters in our times.