This is Avijit Goshs’s contribution to GRIP’s Imaging Inequality project.

In 2010, UN General Assembly explicitly recognized the basic human rights to water and sanitation. Though the water covers about 71% of the earth’s surface, only 3% of it is fresh water and rarely 1% is accessible for drinking water. At present, over 2 billion people live in countries experiencing high water stress. In the near future, this is going to increase with more severe heat waves, drought and floods.

My work looks at the scenario where the scarcity of water is not only natural but also worsened by law, bureaucratic knots and improper planning and administration.

India is suffering from the worst water crisis in its history, with almost 600 million of its population being water-deprived, around 70 % of the country’s freshwater contaminated and 21 cities running out of groundwater in near future.

To understand this inequality in water accessibility, my work illustrates different urban slums in Kolkata city. Commonly around 200 -300 families depend on a single water supply source in these slums. As people have limited access to water they store it in buckets over long periods, which makes the water unhygienic and induces water-borne diseases.

In this turmoil, many can hope that the Indian constitution, which guarantees the right to live, will protect its citizens and force the government to ensure people’s access to water.  Though the Indian government accepts water as a basic right, access to water is linked to owning a land. Problem arises when people don’t own a land.

I photographed the water crisis in the slum in the backdrop of high rises portraying the stark difference in the accessibility of water between the rich and the poor.

Avijit Ghosh is a freelance photojournalist based in Kolkata, India. 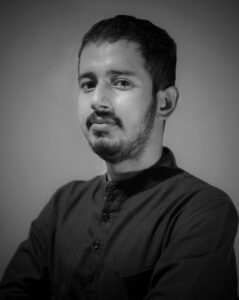 His work mostly focuses on the Socio-environmental impacts of climate change and humanitarian issues. Ghosh was born and brought up in a rural village of West Bengal and has later moved to a suburb of Kolkata to pursue a bachelor’s degree in arts and a diploma in Social Work as well as in Photography.

His work has been published on news sites like Vice, BBC, Huffington Post, Bloomberg, WSJ, The Guardian and many others. Avijit Ghosh has been awarded in photo contests by organisations like the UN, UNESCO and Ramsar Convention.