2022 International Day for the Eradication of Poverty

On The International Day for the Eradication of Poverty GRIP’s interim director, Don Kalb, reflects on the current state of social inequality at the global scale. 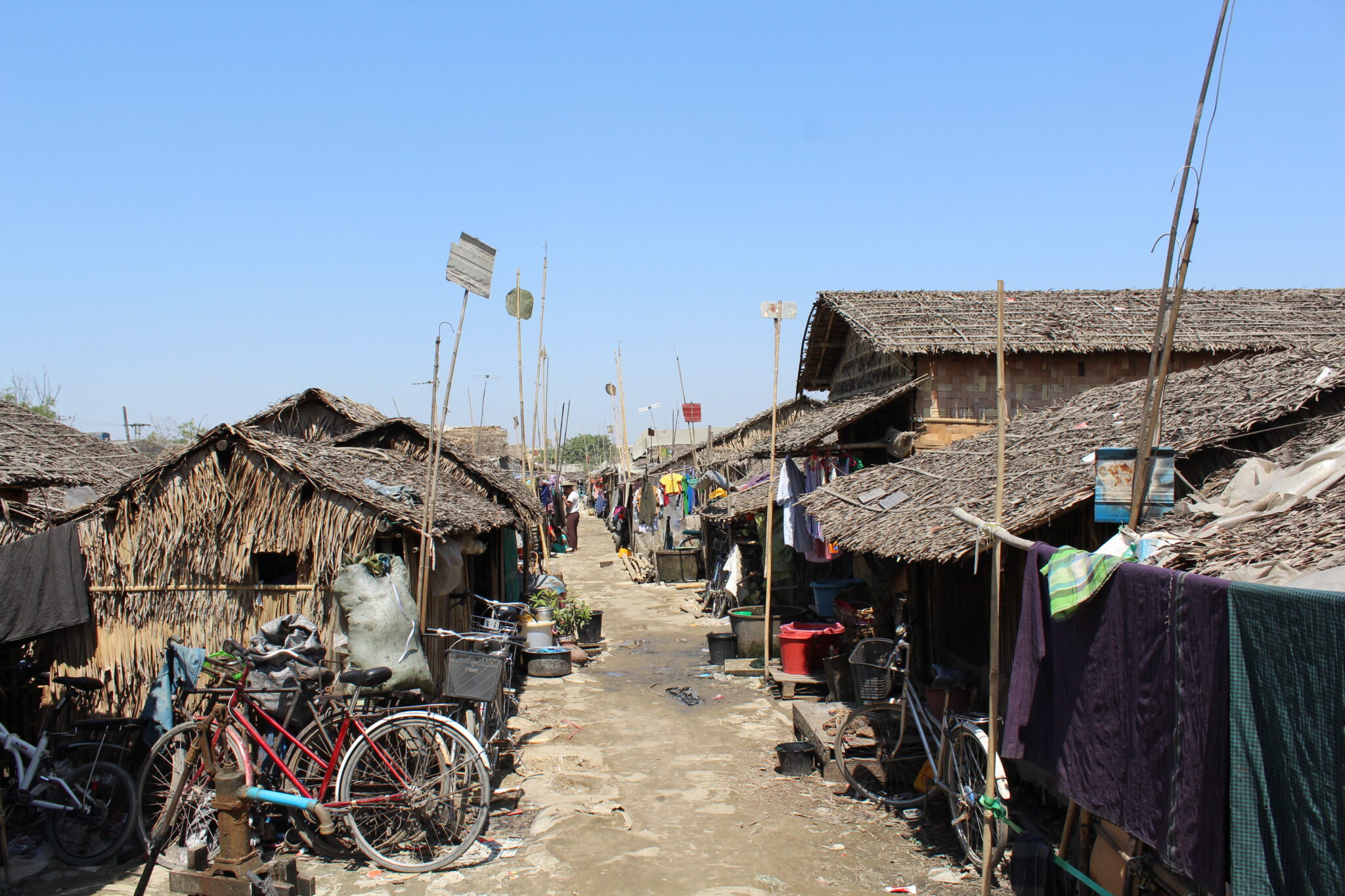 This text is also published at the ISC website.

One morning in the spring of 2019, Zaw Lin Oo and his father were walking through the small industrial slum their family inhabited on the outskirts of Yangon, Myanmar (pictured above). As often, they were collecting plastic garbage for resale to a local slumlord. At some point, Zaw picked up some used plastic bottles from a ditch, heard a man scream behind him, and got a sword driven into his belly. He died later that day. The perpetrator, a well-connected shop keeper, was never even interviewed by the police. There were no indemnities, no punishment, nothing; just the death of a young poor slum inhabitant and the intense sadness and insecurity of his family. His father complained that Zaw did not even get to know why he had to die, or get a chance to apologize for any possible misdeed he might have done as he was grabbing those empty plastic bottles. For three years, the family had lived in a small hut in the slum. They had arrived from the coast, where survival as fishermen had become impossible after the lagoons in the Ayeyarwady delta had been privatized. Three aunts and uncles later joined them in their overcrowded but cozy small wooden hut. They worked hard to pay off their debts. In Yangon there was work in the textile industry, in transport, and in garbage collecting.

Ethnography is not the usual language of global governance. The knowledge modes of global governance imagine poverty to be an eminently measurable thing. Those measures have been consistently declining for three decades as globalization and modernity spread smaller and bigger sums of money around: there were ever more people with a bit of cash in their wallet. Many of the people of Stephen Campbell’s insightful ethnography of a Myanmar slum settlement (Cornell University Press, 2022), from which Oo’s story is taken, will have earnings that put them just above the ‘extreme poverty line’ of 2.25USD per day. Yet Zaw Lin Oo’s life and the life of his family and their co-inhabitants of this squatter settlement, and many similar settlements around the globe, cannot seriously be thought about outside of the poverty category. People like them may actually be the majority in the world today, just above ‘the extreme poor’, and therefore no longer counted by the World Bank; probably some 2-3 billion people.

But since we do not categorize people as ‘working class’ anymore, they do not fit into any other of the statistical labels that we deploy. They may not count as poor but no one would seriously want to register them among the ‘global middle’. That said, in the lower reaches of that ‘global middle’ that we have been celebrating as the big gain of globalization in the last decades, with earnings around 5-7 USD per day, we may find Roma shift-workers inhabiting the forests around Naples; super-exploited young girls in the textile plants of Dhaka, living in crowded compounds; child labourers in the dying carpet belt around Varanasi on the Ganga; or adolescent scrap metal-sorters in the mega slum of Kibera, Nairobi. Even the ‘global middle’ is not always very ‘middle’. And lives there too are fragile.

This is why at the UN ‘poverty day’ we are ever more talking about increasing social inequality worldwide. Of that increasing social inequality, the category of ‘extreme poor’ tries to capture statistically the lowest and crudest relation. The boundaries of that category are perfectly arbitrary, though, and the category says nothing about how people get there, what the forces are that push them down, how a lack of money intersects causally with a wide array of non-monetary social facts, located at various levels, up to the point that one has apparently not even an unalienable right to live, as Zaw and his father came to experience after they had been dispossessed of access to the lagoons. Like many others from the Myanmar coastal regions they found a few square meters in a Yangon slum, plus some intermittent sources of cash income that seemed to promise a new life.

Not counted as extreme poor, not counted as ‘global middle’, what were they? Floating, shifting, making do, labouring hard, dependent on others, dependent on a certain liberal growth politics of which Myanmar was a hopeful example; and dependent on the global conjuncture. As such, they may represent 25-35 percent of current humanity.

In 2022, the liberal global conjuncture that had in the last thirty years lifted many people out of extreme poverty came to an end. Geopolitical rivalry is rising sharply, energy and food price inflation are taking off; this, in a context of covid-related state-indebtedness that is higher than we have seen for decades, in particular in the Global South. As the interest rates on the dollar and competing currencies are being hiked to defend capital and kill off any economic growth, we can, at this UN poverty day, be certain that both poverty and the global and local relations of inequality that feed it, will be on the rise as well.

This is no longer the poverty-business environment as we have known it. Bold and manifold political and social policy responses are now called for, on all levels, from transfers, to rights, to fiscal and monetary instruments. The small gains of the globalization epoch for the poor of the world are now under threat and they may have fewer resources now than in the past to build resilience.