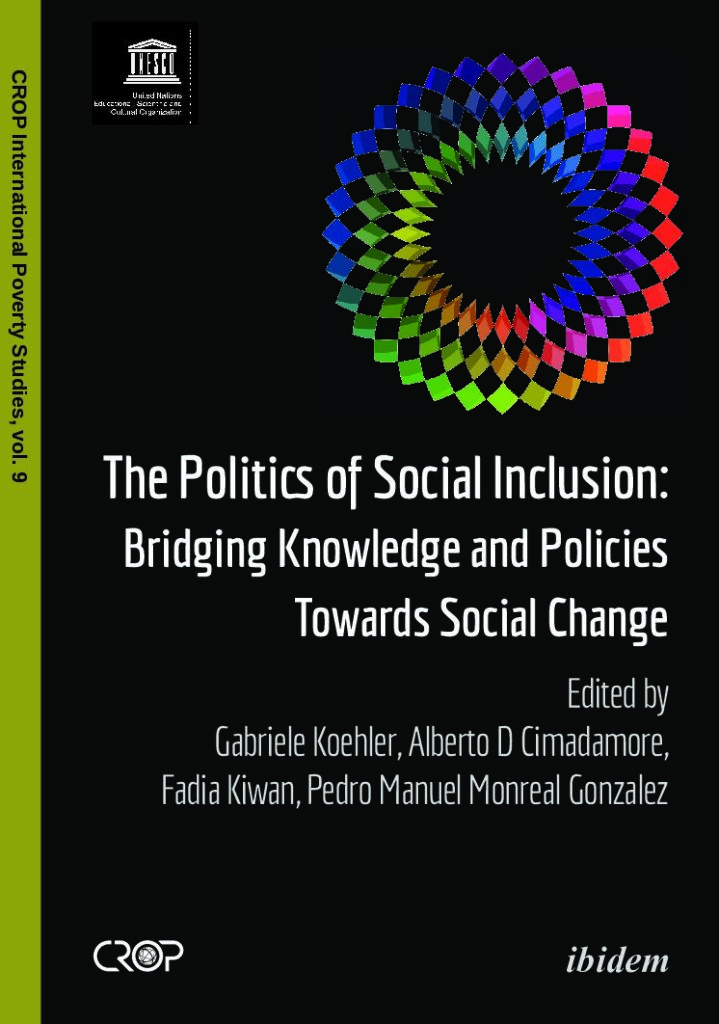 “The Politics of Social Inclusion: Bridging Knowledge and Policies Towards Social Change” presents extensive case studies from across the world to provide critical perspectives on the concepts of social inclusion and exclusion.

A collaboration between UNESCO and the Comparative Research Programme on Poverty (CROP), this volume looks at concepts and processes of social exclusion and social inclusion. It traces a number of discourses, all of them routed in a relational power analysis, examining them in the context of the UN Agenda for Sustainable Development 2030 with its commitment to “leave no one behind.” The book combines analysis that is fundamentally critical of the rhetoric of social inclusion in academic and UN discourse with narratives of social exclusion processes and social inclusion contestation, based on ethnographic field research findings in La Paz, Kingston, Port-au-Prince, Kampala, Beijing, Chongqing, Mumbai, Delhi, and villages in Northern India. As a result, it contributes to revealing the politics of social inclusion, offering policy proposals towards overcoming exclusions.

You can watch the editors speak about the volume in an interview with the UN Research Institute for Social Development (UNRISD).

The book can be ordered from ibidem Press or Columbia University Press and is also available open access through BORA.

Gabriele Koehler, lead editor, is a development economist trained in Germany, and a Senior Research Associate affiliated with UNRISD, Geneva. She is a former UN official with over 25 years of experience across four UN agencies and a former Senior ACUNS Fellow. Her research and advocacy work focuses on the UN-led development agenda and on social and economic policy with a focus on human rights and social protection. She is on the governing board of the UN Association Germany.

Alberto D Cimadamore is the previous CROP Scientific Director, Professor of Theory of International Relations at the University of Buenos Aires, and Researcher of the National Council of Scientific and Technological Research of Argentina. He holds a PhD in International Relations from the University of Southern California (USC), Los Angeles. His publications focus on the political economy of poverty, development, and regional integration.

Pedro Manuel Monreal Gonzalez is Programme Specialist, Sector for Social and Human Sciences, UNESCO Paris and member of the Secretariat of the Management of Social Transformations Programme (MOST). He holds a PhD in Economics from the University of Havana. His research interests include social inclusion, the research–policymaking nexus, and Small Island Developing States (SIDS).